Skip to content
Last message hopefully, on Tithing.
Question: I hear that you say tithing is not a requirement and we should not give it. I understand you but, I still want to voluntarily give to the church and my pastor. Can I do that?
Well, will be answering that in this message. First of all the question should be, was there voluntary giving, not tithing, in the Old Testament? The answer is a big Yes! 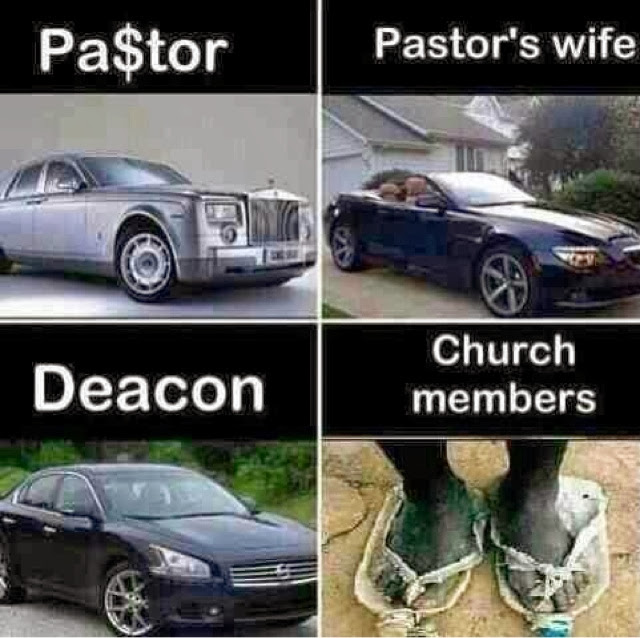 Paul makes it clear that the gifts that the believers were placing at the apostles feet were voluntary and not meant as an extortion
2 Corinthians 9:5 (ESVST)
So I thought it necessary to urge the brothers to go on ahead to you and arrange in advance for the gift you have promised, so that it may be ready as a willing gift, not as an exaction.
The word exactions means
g4124. πλεονεξια pleonexia; from 4123; avarice, i. e. (by implication) fraudulency, extortion:— covetous (- ness) practices, greediness.
AV (10)- covetousness 8, greediness 1, covetous practice 1;
greedy desire to have more, covetousness, avarice
How did the disciples give? Was it voluntary of forceful?
2 Corinthians 8:3-5 (ESVST)
For they gave according to their means, as I can testify, and beyond their means, of their own accord, 4 begging us earnestly for the favor of taking part in the relief of the saints — 5 and this, not as we expected, but they gave themselves first to the Lord and then by the will of God to us.
Verse 4, they gave voluntarily (of their own accord) and according to their means. They also gave beyond their means out of their own accord(that is voluntarily) they literally begged Paul to give. They begged Paul to take part in the relief of saints(believers) just like them. Even Paul says that is not what they expected. They were not forced but, they begged to give.
Paul’s says
2 Corinthians 9:7 (ESVST)
Each one must give as he has decided in his heart, not reluctantly or under compulsion, for God loves a cheerful giver.
Compulsion means force and reluctantly means hesitating. God loves a cheerful giver. But why did the people give so much, even go to an extent of begging to give. It is because they understood one thing
2 Corinthians 9:6 (ESVST)
6 The point is this: whoever sows sparingly will also reap sparingly, and whoever sows bountifully will also reap bountifully.
They knew that you cannot out give God, the more you give, the more he blesses you with more. You cannot give so much that God is unable to give you more than you have given.
Did this strategy work? Yes it did. Look
Acts 4:34 (ESVST)
There was not a needy person among them, for as many as were owners of lands or houses sold them and brought the proceeds of what was sold
There was no needy person among them. Although they gave and God was adding numbers of the saved day by day, there was still no needy person among them. Why was that because
2 Corinthians 9:8 (NIV)
And God is able to bless you abundantly, so that in all things at all times, having all that you need, you will abound in every good work.
God is able to bless you abundantly( more than you need) in all things and at all times. You will have all that you need and you will continue in the good work. He will simply bless you plenty at all times in all that you need. You cannot out give him. Forget it! You give more, he gives even more.
The disciples gave voluntarily to the poor. Some even begged to give. God says there was not a single person who needed anything. The bible also says that they were blessed so much by God that they needed nothing.
To answer your question: if you want to voluntarily give to the pastor (if he is poor) or to the church so that the poor may be provided for, then by all means go ahead but remember
1. Give voluntarily and do not hesitate
2. Give to the poor (directly or indirectly)
3. Give according to your means and more if you so wish
If anyone says to you you MUST give because God has commanded us to give, he is a liar.
Summary:
Tithe ceased to exist when Jerusalem was conquered. Tithe was only payable by the Jews to the Jews elected by God. No where in the bible is it a requirement for Gentiles or Non Jews to pay tithe.
Giving must be done voluntarily without hesitation, must be to the poor, must be according to our means and more if you so wish. There is no minimum requirement for giving and giving is definitely not ten percent of your salary.
I have given you the information so that you may decide. The choice is ours what you want to do with it.
God bless today’s message and those that will receive it. In Jesus name, Amen
Posted in Selected Scriptures, Tithe vs Free Giving.